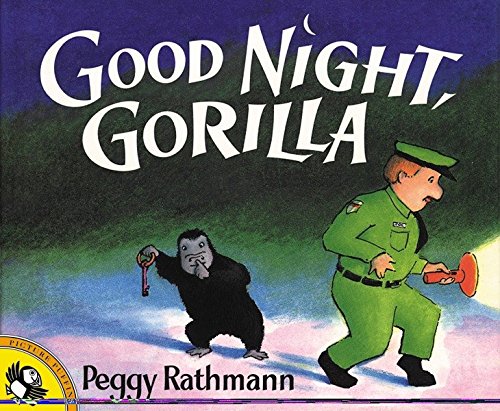 As a high school teacher, occasionally I have snow days when I don’t have to work. Usually on those days my son’s daycare is closed, too. But today is different. Today I am off and he is at daycare, giving me some valuable time to reflect on some of my favorite — and most challenging — parts of being the parent of a one year-old son.

There are certain aspects of parenting that you just take to naturally.  For me, cutting my son’s hair is not one of them. I think it’s pretty hard to cut someone’s hair under the best of circumstances, such as when they are paying you and just really, really hoping you don’t bring up politics.  My former barber, a noted political pundit, used to cut hair wearing a pistol on his hip. You can be assured that when he said, “Tilt your head for me,” I didn’t mess around. But it’s a little harder when your “customer” is actively trying to grab your scissors and put them in his mouth.

It’s actually bad enough that I feel guilty taking him out in public — almost like I should get a sympathy cut.  At least then people might just assume both of us happened to walk underneath a working saw blade at the same time, or were both part of the same fraternity hazing prank.

I do have a thought going forward, though.  I live near a military college that actually has a barbershop on campus where all the cadets go.  I’m guessing it’s the kind of place where you go in and say, “Yeah, I’d like something not too-short, parted to the left, maybe a few highlights in the back” . . . and then you walk out with a crew cut.

So maybe I’ll take my son there for his next haircut.  He’ll come out looking like a two foot police officer . . . but at least it’ll be even.

You know another parenting job that’s way harder than anyone tells you?  Cutting a baby’s nails.

The problem is, baby nails are impossible to cut because they’re microscopic. My son’s fingers are the size of matchsticks, and his nails are basically the size of atoms. No matter how good you get at clipping, you’re always about .0000346 millimeters from slicing his finger — especially when he’s wriggling around like a dog being forced to take medicine.

Here’s a pro tip: If you do accidentally cut him, he definitely won’t want to hold still when you apply direct pressure to stop the bleeding. He’ll worm his way free and your living room will end up looking like a bloody crime scene in which the principal suspect had cute little hands.

Later, when you take off your jacket at work, you’ll have a tiny bloody hand print on your sweater, which is definitely an interesting look for a compassionate person.

Another weird fact is that my son, who is almost 14 months old, still hasn’t gotten sick once.  He’s like the Cal Ripken of daycare. He hasn’t missed a day yet. I don’t understand it. It’s not like he’s a fastidious hand washer. In fact, he has the least sanitary habits of anyone I’ve ever met.  He’s in daycare three times a week, puts everything in his mouth, basically french kisses the other children, and eats off the ground whenever possible. His favorite pastime is dropping food under the radiator, then returning later to graze.  Meanwhile, I’ve had the flu twice this winter, gotten pink eye once, and even had food poisoning. Through it all, The Kid’s been a rock. Go figure.

We’ve also found that socializing is quite different now, too.  I’m proud to report that we took him to a party on New Year’s Eve and stayed out until the wild hour of seven pm.  The problem is, the “guy who refuses to stop climbing the stairs” is usually not the favorite party guest, let’s just say.  Especially when he’s also the “guy who starts screaming after you block it with chairs.”

One fortunate development is that I, a devoted reader, have started to bond with my son over literature.  However, we’re not always reading it. In fact, we’ve discovered a new game. My son brings me a book — one of the many richly illustrated, developmentally-appropriate, lovingly-designed children’s stories that we’ve stocked his shelves with . . .  and then we’ll bang our heads into it. He loves this.

It all started because he liked to stand on his little chair and bang his head into the kitchen window. We ended that practice fairly quickly — part of a broader program to ward him off of the Concussion Sports — but soon we carried it over to its present — unlikely — venue. There is nothing funnier, I’m sure, than watching a grown man — an English teacher, a denizen of libraries, a lover of literature — taking turns with a small child banging their heads into the open pages of “Goodnight, Gorilla” and laughing uproariously. I’m not sure if this falls under the parenting rubric of “developing lifelong readers” — or perhaps indicates the initial stirrings of a caveman-like resistance to words and ideas. Who can say, yet?

For now, I tell myself that it’s enough. Simple games for simple men, right?